So, I just got back from a month in Israel (read about it: 1, 2, 3, 4) and I am in the midst of my typical post-trip spell of depression. I had a wonderful time traveling and adult life was waiting for my return like a rabid dog. Not looking forward to the next few months-AT ALL-because I have to find a new apartment and a new job in New York City, alone, in the dead of winter. So, while I lament my apparently poor life choices, lets rehash my last week in Israel!

The last week of my trip was an absolute whirlwind because I went on several day trips: Sunday-Haifa, Monday-Tel Aviv (check out my live stream), Tuesday-the Dead Sea, Wednesday-last day at the kibbutz, and Thursday to Saturday-Yakir.

Sunday: I cannot recommend Haifa highly enough and would definitely suggest staying there-if not as a “home base” then for at least a few days-on your trip to Israel. It is clean, there are tons of things to see and do, it is culturally, religiously, and linguistically diverse, and it is just gorgeous. I took the train from Be’er Sheva to Haifa and was only there for an afternoon, but I still got to see a ton. The number one attraction there are the Baha’i Gardens. You must have a reservation to enter and from what I understand when you log on to their site they tell  you when there is space available so that may take some planning. There is free public parking nearby so if you rent a car that won’t be an issue (also lots of parking near the train station), but it isn’t a walkable city since it is so mountainous. There are public busses though, so you should definitely take advantage of that. There is also a beautiful boardwalk which has some nice restaurants, hookah bars, and convenience stores-which were even open in the off season. I visited the Druze community and did a little shopping. This is another community I had only heard about in passing at some point during my studies, but I knew nothing! It is fascinating and their culture is so beautiful and intriguing. I went to Mount Carmel and while the area and many of the attractions were closed off, there were still gorgeous, biblical, panoramic views. We visited my friend’s apartment and had brunch before he took us on a tour of the city and it was a wonderful experience. The train ride back to Mashabei Sade was an effing jungle because it was the end of the holiday weekend, so I recommend not doing that. That being said, I highly recommend the train if you have language issues because it’s easier to get tickets and you know exactly where to get off, when you’ll be there, etc. 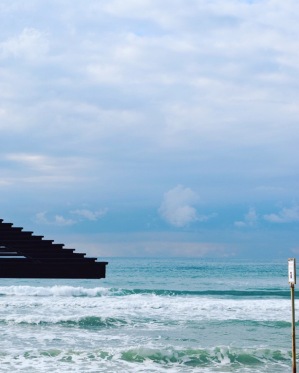 A view from the boardwalk 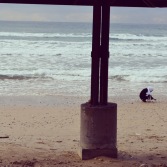 Monday: On Monday, I went back to Tel Aviv for the day because my friend had to take care of some things there. I hung out on Dizengoff Street for several hours, did a live stream, and visited a cafe that I saw during my first week there. Prices were a little high, but it was a very clean place, their bar was very nice, and the food was delicious (light lunch fare). I already talked about Tel Aviv in my past post, but Dizengoff is definitely where it’s at for people watching and dining.

A memorial on the Tayelet
Tuesday: THE DEAD SEA! So, so worth it. It is obviously in the middle of no where, expensive to stay in the resorts, inconvenient in multiple ways, but I think this area is worth a 2 or 3 day retreat. I was there for an afternoon and unfortunately due to a bus strike I was unable to explore the greater Ein Gedi/Masada area, but I got to float in the sea twice and it was an unforgettable experience. Weirdly enough, there are like no Israeli’s there (seriously, I only heard 2 people speaking Hebrew the entire day). Everyone I met or heard or saw were Russian or Arab or Druze or American. That is to say, it’s a tourist trap. There are “malls” (think strip malls a la Branson, Missouri) and resorts, but very few restaurants. If you plan to stay there, keep that in mind-there will be no going out at night or enjoying anything outside of your hotel. It is a wonderful place for relaxing, star gazing, enjoying the natural benefits of the sea, and checking an item off your bucket list (if you’re weird like me). The bus strike really put a damper on things because my friend and I planned to go to Ein Gedi but after waiting for a bus for over 2 hours, we scrapped the plan and went back to the beach. Make sure you bring water shoes! Holy Moses. The bottom of the Dead Sea is made up of billions of multifaceted salt marbles that range in size from tiny grains like sand to golf ball size. When you try to walk your feet sink into these sharp marbles at least 3 inches and it hurts like a motha! It is true though, you can float at every angle in depths as little as a few inches of water. Just don’t get it in your eyes or mouth! 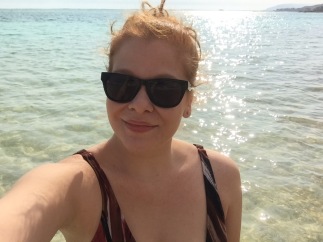 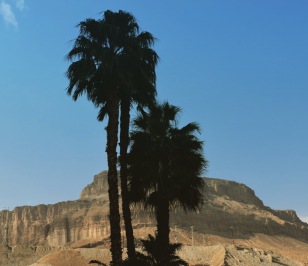 Wednesday: Wednesday was a sad day. After 3 weeks, it was my last full day at the kibbutz. I really loved staying there and again, while I can’t recommend Israel for solo female travelers, Mashabei Sade was such a nice place to stay (they have a beautiful hotel for anyone and everyone). I plan to write another blog (be patient-I don’t know when because my life is a dumpster fire right now) profiling the kibbutz and the people I met there, but I will give you some information here just incase I don’t get around to it anytime soon. Kibbutzim were set up as “frontier towns” of sorts in the 20s and 30s. They played a huge role in defending the southern areas during the war for independence and other conflicts. Kibbutzim had different purposes which have evolved over time, but most kibbutzim were dependent upon industrial production from factories and agriculture. They were directly tied the the Labor party in Israel as they were manifestations of socialist-communist ideals, so when that party began to decline in power and popularity, so did the Kibbutzim. Mashabei Sade is a beautiful kibbutz in the middle of the Negev. They also have an Ulpan or Hebrew language school which is open to anyone willing to pay for the classes. Since my friend’s sister is a member of the kibbutz we stayed in the Ulpan housing. The kibbutz scene is a great way to learn about Israel, meet interesting people from around the world, and experience a lifestyle much different than other places in the world. I grew up on and near army bases and it was very reminiscent of that sort of planned community. While I can’t say which Kibbutzim are better than others, I can definitely recommend Mashabei Sade. 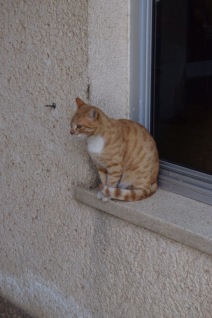 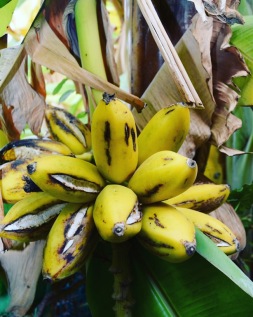 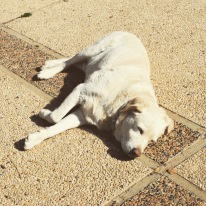 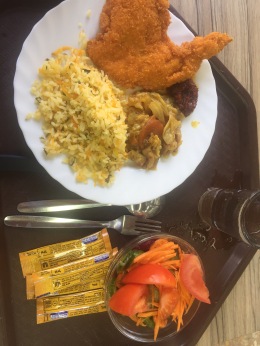 Thursday-Saturday: My friend’s nephew picked us up from the kibbutz and we did a mini tour of the Negev before heading to the Yakir settlement in Samaria. The largest canyon in Israel is Makhtesh Ramon. We visited the canyon and drove down into it to see the “painted sands”. It was after sunset so we only stayed a few minutes but there are amazing geological formations and the star gazing is out of this world. I would highly suggest renting a car and visiting the area and if there is a way you can camp anywhere nearby, I know it would be a phenomenal experience (not in the summertime since desert or whatever). After the canyon we drove several hours to the Yakir settlement. Yes, it’s one of those ever-expanding, contentious settlements that has been talked about so much in the media. Again, not going to get into a political discussion in this blog since it’s a travel guide of sorts (I plan to talk about politics and Israeli society in that post I will write about the kibbutz), but it was mind blowing to get to stay in such a contested place. I will say, the settlement had some the nicest and most modern construction I saw in the entire country. I also got to experience Shabbat in a religious, Jewish household which was like nothing I’ve ever seen. Shabbat or the Jewish sabbath takes place from Friday at sundown to Saturday at sundown. They don’t do any work so this means they pre-tear toilet paper, have lights on timers, turn off water heaters, lock up keys, laptops, cellphones, and other electronics, don’t cook or use any type of heat, and do not engage in any type of creative thinking. For a full day they sleep, eat, sing, pray, read, and enjoy the company of family and friends- every. single. week. While it takes a level of dedication I don’t think I could muster, I think it’s a great custom and a wonderful way to prioritize and maintain familial relationships. We went on a walk after Saturday lunch and it just so happened that afternoon prayers were beginning so I got to go into the synagogue (the women’s side, obvi). CRAZYNESS. My first time to witness any type of Jewish religious activity and to visit a synagogue was in a Samarian settlement! I got to see and hear the reading of the Torah and the traditions that surround that activity. It was by far the most unique, amazing, and memorable thing I experienced on my entire trip! 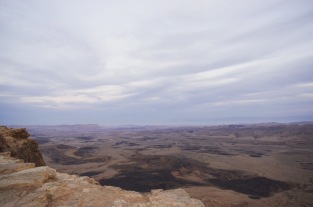 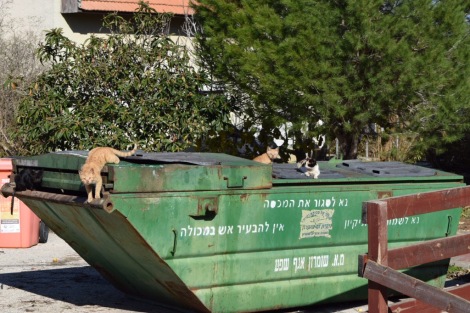 I left Israel Saturday night (like 6 PM CST) and didn’t arrive home until 11 PM Sunday night. It was a HELLACIOUS trip home and I am severely disappointed in both Virgin America and Expedia. My flight from LGA to DAL was canceled and I was not contacted by Expedia AT ALL and was only told by Virgin America via a voicemail a few hours before I got to NYC (while I was flying). When I got to NYC and tried to reschedule, Virgin America told me in would be three days before I could fly out and Expedia put me on hold for 45 minutes only to tell me they would give me a refund but couldn’t reschedule my flight (even though I know there were multiple flights from NYC area airports to Dallas that I could have been placed on). I ended up calling American Express (those cards are SOOOOO worth the annual fee) and they helped me get home Sunday night. After hours of delays due to maintenance issues, I finally got home and my bag was waiting on me (thank goodness).I just want to end this series by saying that I had one of the most amazing and memorable months of my life in Israel. While I am in for a crazy next few months, I can’t think of a better way to end 2016 and start 2017. Like every nation, Israel has it’s problems, but the natural beauty, the diversity, and the history more than make up for it. I am so grateful for my experience and really hope I get to return one day! Be sure to check out my Youtube channel in the coming weeks for a few videos from my trip.

I will be resuming my previous series soon and next up will be my commentary on Italian regionalism and the recent referendum. I will also be chronicling my search for a new house and job, so be ready for some ranting and raving. Thanks for reading about my trip and lahitraot, y’all! 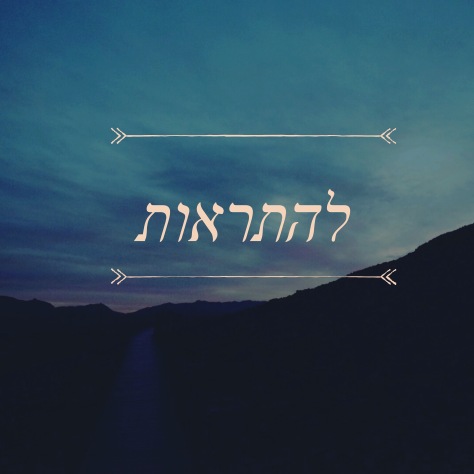