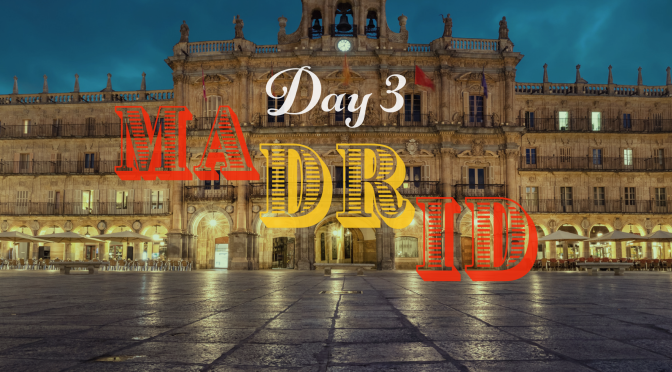 This was a long day and probably the most walking I’ll do the entire trip (about 9 miles)!

I woke up a bit late and showered and got ready and then walked back to Atocha station. I stopped back into the Church of the Holy Coss and went back by “my” coffee spot again to get a double espresso. I always tell myself to try new places every day when I travel but once I find somewhere I like, I always end up going back. I’ll definitely go back to Casa de Diego on Sunday too.

I got to the station at about 11:00 and tried to use the kiosk to buy a ticket but it wanted a passport number and I didn’t have my passport. I was super annoyed and thought I was going to have to walk back to my apartment and grab it. I went into the ticket office and they couldn’t help me but then I remembered I’d taken a picture of my passport and that would have the number. So, remember, if you are in the EU and plan for any train travel and don’t want to carry your passport around (I’m always worried about getting mugged or losing it) then take a picture so you can verify your identity.

I went back to the kiosk and bought a roundtrip ticket to Toledo for €22. I was really intimidated by the outside of the station and if you will remember my first misadventure this week, I am not so great at trains but this was the smoothest trip I’ve ever taken.

I found the departure board and saw that my train was leaving from the ground level platform and I still had an hour (they stopped selling tickets for the 11:20 train by the time I got to the kiosk so I had to take the 12:20). I went to the Mahou mini bar and grabbed a small beer and then went to the bathroom. I was dreading going to the bathroom in the train station but I always forget Europe isn’t plagued with the same issues as the US and the bathrooms aren’t absolute cesspools. For this bathroom, you paid a euro and got a ticket with a QR code which you scanned to enter. There were attendants and the bathroom was absolutely immaculate. Absolutely worth the euro–and no one was shooting up heroin in there!

I went to my departure platform about 15 minutes before the train was scheduled to leave and the attendant scanned my ticket as I went out of the door. I was nervous because in Italy in 2014 you had to validate your own ticket on the platform and I forgot once and the stupid ticket guy charged me an on-the-spot fine for not validating it. This system was much better/faster. I found my car and seat quickly but a Latino guy in line behind me had never taken the train before and he asked me for help finding his spot. He was in the wrong car so I told him to go to the next one. An older Spanish guy heard me and said, “No, this is car 2!” and I said, “Yes, I know, his ticket is for car 3…” It was cool to help someone while speaking Spanish. This is the second time someone has approached me–the first day in Lidl a French lady came up to me and asked me where the toilet paper was. Those are always some of my favorite experiences when traveling–people approaching me either because I look like I belong or because I look nice so they feel comfortable asking for help.

I got to Toledo and was going to take the bus into the main part of the city but I didn’t see any machines to buy tickets and I didn’t know if you could pay on board so I just walked.

I walked from the train station all the way across the city (after stopping for a few souvenirs–Toledo is souvenir central) to the old Jewish quarter. I visited two synagogues and a museum. The first synagogue, Sinagoga de Santa Maria La Blanca or Ibn Shushan Synagogue, was €3 to enter. It’s only one main space and there was a group tour going on inside but it was cool to take a quick walk around–it’s considered the oldest synagogue in Europe and was built in 1180.

After that, I walked a bit further and went into the Sephardic Museum and the Sinagoga del Transito. My closest friend in New York is Mizrahi and grew up following the Sephardic rite so I’m most interested in those aspects of Jewish history and this was really fascinating to see. Of course, it was also sad to think about and see all of the artifacts predating the expulsion. It’s hard to imagine all of the people who were killed, exiled, and forced to convert after participating in and building such a deep history in Spain. Since taking a history course about the Islamic world in 2010, I’ve been interested in how Dhimmi lived in various Islamic states including Jews in Spain so it was also great to see aspects of Jewish life under Islamic rule as well. Besides the religious history, I really love Toledo because the architecture and masonry are so beautiful. It reminds me of many of the same reasons I love Assisi.

After the museums and synagogues, I decided to walk back to the other side of the village so that I would be closer to the train and could relax over a nice lunch without having to worry about missing my train. Toledo is hilly and the streets are cobbled and I’ve learned my lesson the hard way about trying to run around places like that.

After ordering a full plate of Manchego cheese (I didn’t know it was going to be that much but #noregrets), some croquetas, and wine, I walked back down the hill to the station and made my way back to Madrid.

When I ride the train, I always wish I could drive around some of the smaller towns I see from the window. It’s one of the only times I become melancholic while traveling–it would be fun to rent a car with a man a go explore! When I see a random hacienda (Spanish folks, is that the right term?) with agricultural equipment outside, it always makes me want to go see what’s going on there. I always wish I could make local friends because I want to know about what life is like in the countryside. My mom comes from a rural town in Alabama and I always wonder if the cultures are similar in rural areas around the world. Do they owe money to corporations they sell their products to? What is schooling like for their kids? Has their family always been farmers on that land? What happened to them during Fascist rule? I’ll never know but it’s always interesting to think about.

Once back in Madrid, I walked back to my apartment, showered, changed, and went out to find a drink. I was still full from lunch so I was looking for something quick. One thing I noticed yesterday, even on my way to the train station, is that so many more people were out and about than had been Wednesday or Thursday. The entire journey down Calle Atocha was packed and last night when I got back to Madrid the city was bustling!

I found a small cafe to have a couple of drinks. It was SO cold outside I ended up having my second round inside. I would have loved to have stayed out later but I was so tired and sore and cold and alone on a Friday night so I thought it would be best to head back to my apartment.

I spent a little more yesterday due to the train and extra wine at lunch but the full day was still only €70 (click the link to see how+what I’ve spent so far).

Today is going to be a bit more chill but I do have a surprise in store so make sure to follow me on IG and come back tomorrow to read more! 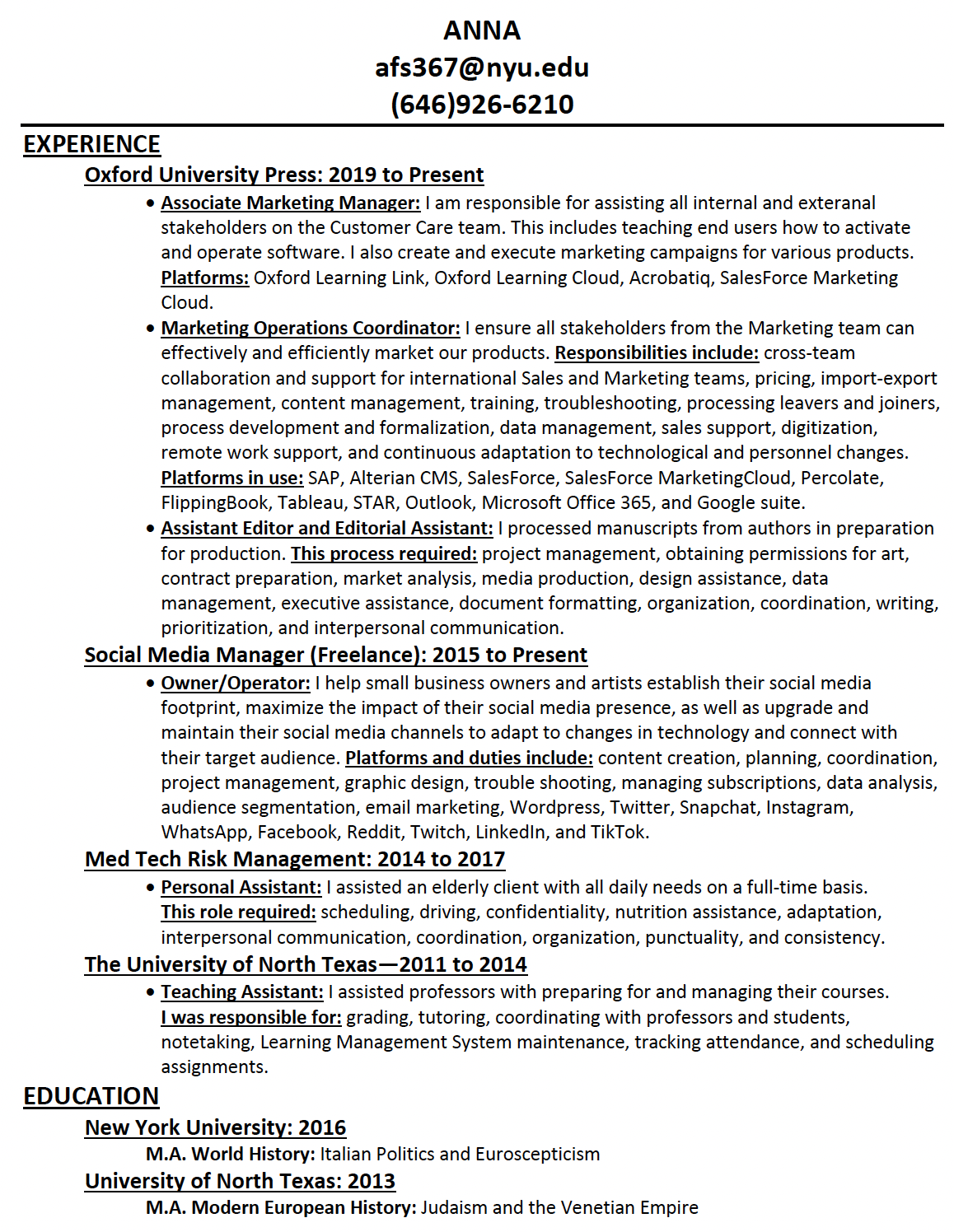